Posted by Vincent Henderson on November 22, 2018 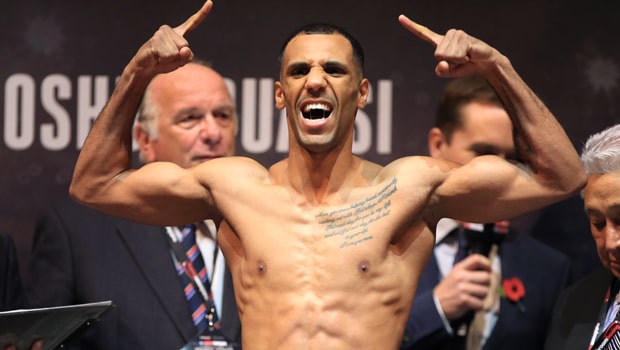 Birmingham fighter Kal Yafai insists he will not take Israel Gonzalez lightly as he continue to plot his path to unifying the super-flyweight division next year.

The 29-year-old is set to take on the dangerous Mexican in Monte Carlo on Saturday night and he is the heavy favourite to have his hand raised.

Yafai, 13.00 to win in round 10, is hoping to end the year on a high after he made another successful defence of his WBA crown in May against David Carmona.

He secured a knockout win in Fresco and Yafai is already dreaming of unification fights in 2019.

Jerwin Ancajas, Srisaket Sor Rungvisai and Roman ‘Chocolatito’ Gonzalez are all on his radar but Yafai is adamant he cannot overlook this weekend’s opponent.

“There’s plenty going on out there, but I need to keep my eyes solely focused on Israel Gonzalez. I can’t afford any slip-ups,” he told Sky Sports.

“Boxing in Monte Carlo is another box I can tick off. I am excited and some big fights in big arenas should be around next year.

“If I was looking to make another statement by getting him out of there, I will start loading up and start looking for big shots and it could turn a bit messy.

“I’ve just got to do what I’ve got to do, and emerge victorious.”