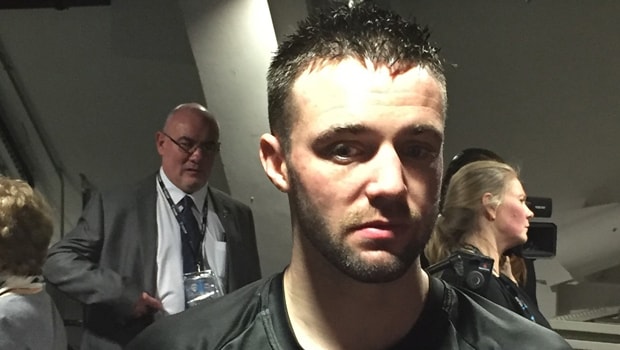 Josh Taylor will have a shot at the WBC title if he manages to overcome Viktor Postol on Saturday night but the Scottish super lightweight is keeping his focus on the task in hand.

Taylor, 27, goes into the showdown unbeaten in 12 professional fights, with 11 of his wins coming inside the distance, and he is the heavy favourite at 1.10 to come out on top.

However, ‘The Tartan Tornado’ says Postol remains a dangerous opponent and he is refusing to think about the prospect of challenging for a world title later in the year.

“I really can’t look beyond tomorrow as it would be incredibly foolish and naive of me to do that,” the 27-year-old told the Evening News.

“I know if I don’t get past this one then a world title fight that everyone’s been talking about won’t happen – certainly not this year.

It would put a real speed bump in the road and I’d have to work my way back up again, another two or three years maybe.

“Postol may be 34 now but he is still a dangerous fighter and is still ranked No.1 in the WBC rankings [Taylor is ranked No.2] so it’s a huge risk I’m taking at this stage of my career.

“He’s a top professional, a former world champion, so I have little doubt he’ll have watched back a few of my fights to see what I’ve got to offer.

I reckon he knows what he wants to try and do but I believe it won’t be enough. We have come up with a plan and that’s what we intend to do.”

Ukrainian Postol has 29 wins (12 KOs) and one defeat on his record, with his only loss coming via points to Terrence Crawford in what was his first defence of the WBC title two years ago.