Posted by Vincent Henderson on November 22, 2013 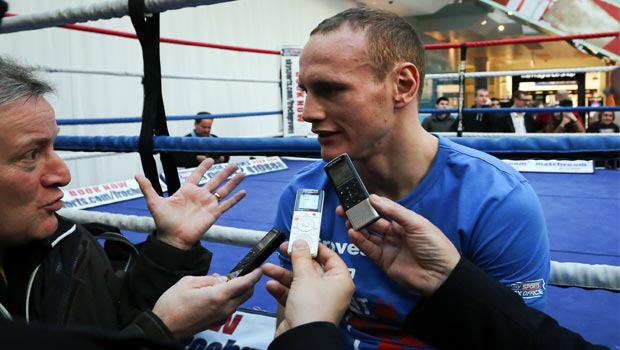 The two British fighters square up for the big bout this weekend but came face-to-face in a typically edgy press conference on Thursday where they again attempted to undermine the other’s chance of glory.

Groves has consistently said he is confident of beating the more established Froch and was again in bullish mood.

The 25-year-old said: “Carl keeps saying that I’m lying as such, I’m not confident when I say I’m confident. I’m not ready when I say I’m ready. I think he believes I’m going to get in there and run from him, but Carl you’re wrong.

“Third round I’m going to come out and push him back. I’m going to push him on his back foot. After the third round Carl, you’re going to see what happens next. It’s all down to you from there.”

Froch, however, laughed off Groves’ claims and believes his lack of experience will undermine him despite his apparent confidence.

He said: “My experience at top level, my punching power and George Groves’ lack of ability to be able to take a punch is going to be the reason why he’s not going to do what he said he’s going to do.

“He’s going to come in the ring and run for his life, jab and grab and try and get through it. He’s not going to stand and fight.”