Posted by Vincent Henderson on December 4, 2017 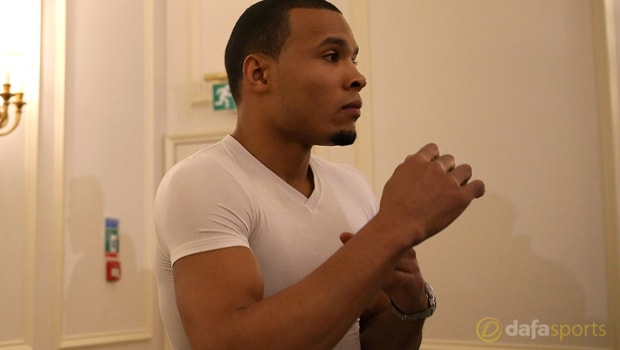 IBO super middleweight champion Chris Eubank Jr has revealed an ambition to become a big star in Las Vegas as he hopes to emulate the success of Floyd Mayweather.

The Brit is currently gearing up for his World Boxing Super Series semi-final bout with George Groves at the Manchester Arena on February 17 but he is already looking much further into the future.

Eubank Jr made easy work of Avni Yildirim in the previous round of the Super Series competition, stopping the Turkish fighter in the third round.

The 28-year-old travelled to Stuttgart Germany for the fight, which was only the second time he has fought outside of the UK, having also once taken to the ring in Frederikshavn, Denmark, when he beat Tadas Jonkus in 2012.

The Hove resident believes he is capable of world domination and feels he is well suited to becoming the next king of Las Vegas as he looks to follow in the footsteps of Mayweather.

Mayweather welcomed Eubank Jr to his gym when the undefeated 40-year-old was preparing for his bout with Conor McGregor and ‘Next Gen’ admits he now has a taste for the famous strip in Nevada.

“That’s the ultimate goal for any fighter, to fight in those big casinos, on that strip in Las Vegas, Madison Square Garden, New York – all those iconic venues,” said Eubank Jr. to Sky Sports.

“Chris Eubank Jr will [recreate the Mayweather hype in Las Vegas], in the not too distant future.

In the very near future, that’s where I’m going to be – up on the side of the MGM [Grand], name in bright lights.

“Listen, I’ve made a great name for myself in this country and I will continue to do so, but it’s definitely always been a dream of mine to transform that name over to the American soil, where so many great fighters have proven themselves and become legends.”

Eubank Jr is priced at 1.75 to secure his place in the final of the World Boxing Super Series, while Groves can be backed at 2.15, and the draw is available at 21.00.