Posted by Vincent Henderson on April 8, 2018 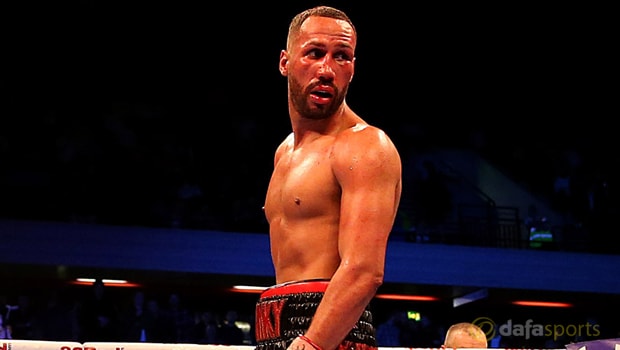 The London fighter had claimed in the build up that he would retire if he lost again to Truax, following their first meeting in December.

The 32-year-old was expected to enjoy a routine win in London last year but he was left stunned as his world title unification fight plans were dashed.

DeGale was cut badly during the fight at the Hard Rock Hotel on Saturday and was also deducted a point for the use of his shoulder.

However, he continued to hit Truax cleanly and he was proud of his display this time around.

While Truax claimed he had won, DeGale was pleased with his work after overcoming a shoulder injury in the last 12 months.

He told reporters: “I told you when I’m fit and injury free, people will find it hard to beat me.

“I showed some heart this time. In the first fight I wasn’t fit, I was like a little kid.”

After a short rest, DeGale will now be hoping to take on the winner of George Groves vs Callum Smith.

The pair meet in the final of the WBO series, with Groves the favourite after his win over Chris Eubank Jr. Groves is priced at 1.80, the draw is 19.00, while Smith is 2.10 to claim the cash prize and Groves’ WBA title.