Posted by Vincent Henderson on September 18, 2018 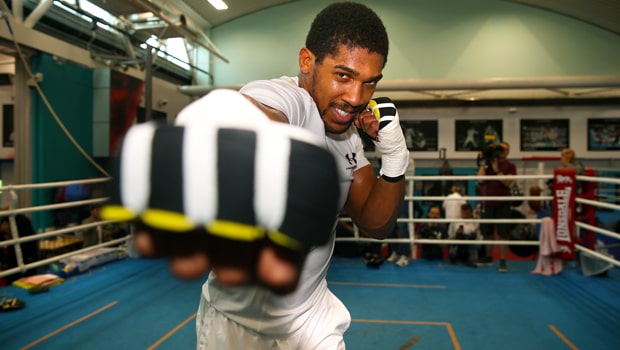 Anthony Joshua believes this weekend’s world title defence against Alexander Povetkin at Wembley Stadium is going to play out like a ‘violent chess match’.

The British heavyweight brings a 21-fight unbeaten record, along with his WBA ‘super’, IBF and WBO belts, into the bout with his Russian opponent.

Both are Olympic gold medal winners, while Povetkin has tasted defeat just once in his 35-fight professional career, going down to Wladimir Klitschko.

Joshua is the younger boxer by ten years but has massive respect for Povetkin and knows he must avoid any potentially costly mental lapses.

“It’s a difficult fight when you are fighting someone like Povetkin, because it’s like a game of chess,” said the London 2012 champion.

“Violent chess, because they are waiting for you to make a move, so they can counter you.

“It’s the person taking punches that loses energy. It isn’t the one dishing out the punches so much, it’s the one who keeps on taking the impact.”

Joshua may remain undefeated in his professional career but he insists the fear of losing is something that drives him forward.

He feels a pressure to win, whilst also knowing the importance of being relaxed enough to do his job effectively.

“Ultimately as much as we think about winning, I think about losing. I can’t afford to lose,” he added.

“This fight, the key to victory with me is relaxation, belief, having your energy reserves intact.

I’m just trying to say I need to be a bit more effective, and sharp with my punches in this fight.”

Joshua is 1.08 to defeat Povetkin at Wembley, with the Russian trading at 9.00 for the upset success.