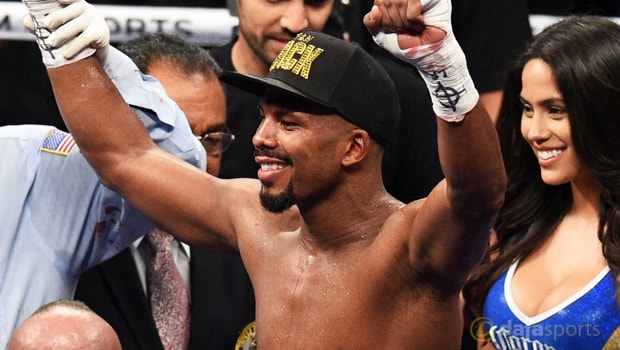 Badou Jack is open to a rematch with James DeGale at light-heavyweight level, although he does not believe the British fighter is as good as he once was.

The two men originally went head-to-head in a super-middleweight unification bout at the Barclays Center in New York at the start of 2017, but the fight ultimately ended in a draw.

Since then British fighter DeGale has both lost and regained his IBF super-middleweight title during two fights with Caleb Truax, while Jack has made the step up to the light-heavyweight division where he will compete for the second time when he takes on Adonis Stevenson this weekend.

American Jack has only lost one fight in his career to date, but his attention is not just on Stevenson, as he is also contemplating a rematch with DeGale in the UK, but only if the Briton makes the step up to the light-heavyweight division.

“I love the UK fans, I would love to fight in the UK before I retire,” Jack told Sky Sports.

“If he (DeGale) comes up to light-heavyweight, and he continues to win, maybe yeah.”

Jack has also taunted DeGale by indicating the 32-year-old may be on the decline, as he feels he was fortunate to win his most recent bout with Truax earlier this year.

“I wasn’t so impressed,” the American added. “All the tough fights he’s been through, I think he’s not the same fighter anymore.

“But he always shows heart, he’s got a lot of heart, but I wasn’t impressed with his last performance.”