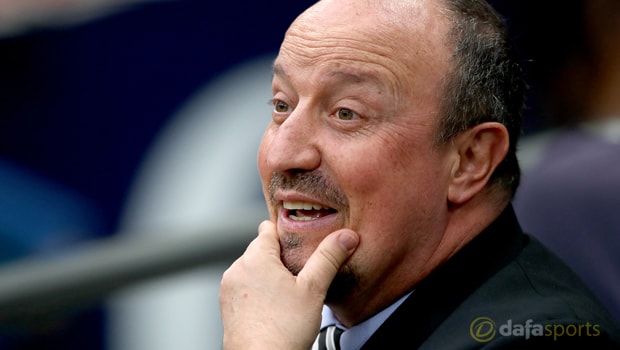 Newcastle boss Rafael Benitez admits he can’t pick between Real Madrid and Liverpool to win the Champions League, but he is expecting an exciting clash.

Benitez has spent time in charge of both clubs and he believes they are perfectly matched to put on an incredible show in this year’s Champions League final.

His six-month stint at the helm of Los Blancos was turbulent to say the least, while he is better known for his successful time at Anfield, which saw him guide them to Champions League glory in 2005.

Real Madrid, who are looking to claim the European crown for a third successive time, head into the Kiev showpiece as the favourites, although Liverpool can’t be discounted due to their potency in the final third.

Liverpool are the highest scorers in the competition this season and will be confident of breaking down a Real Madrid backline which has looked vulnerable this term.

The 58-year-old feels both clubs have the quality to come out on top and admits he finds it tough to call. Benitez said: “It will be a very interesting final.

“Watching Madrid against Juventus and Bayern [Munich], you a realise they have experience and quality, know how to manage difficult situations in games. … That is a plus.

“Liverpool, by contrast, have a lot of intensity, quality, rhythm…the rhythm in the Premier League is above other leagues, and you saw that against Roma. “Both could win.

“The first goal will determine how the game develops…I have a lot of respect for both sides.

May the best team win.” Real Madrid are priced at 2.20 to triumph in Ukraine, while the draw is available at 3.60, and Liverpool can be backed at 3.00.