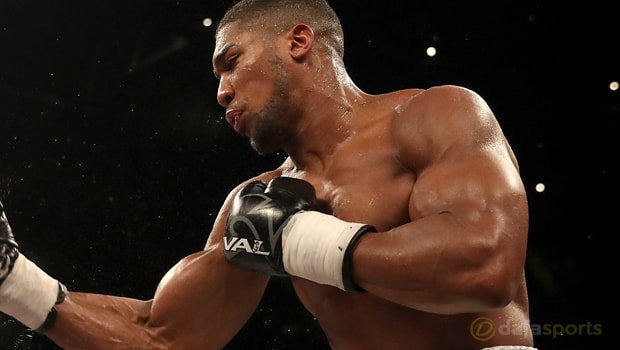 IBF, WBA ‘super and WBO heavyweight world champion Anthony Joshua has urged Deontay Wilder to be ‘realistic’ as he tries to finalise a fight in the coming weeks.

The British star is hoping to secure a unification fight with the WBC champion, but he may be forced to wait for a crack at the green belt.

Both fighters want the bout to take place in their respective countries but Joshua could also take on WBA mandatory challenger Alexander Povetkin later this year.

Despite the wait, Joshua insists he is not getting frustrated but he has urged everyone to be realistic in the next round of talks.

“I’m still training, but in terms of a three-month camp, we’ve got until the end of the month, but there’s still a few more weeks. It’s just the nitty gritty I think.

“Everyone has seen the gold at the end of the rainbow, and everyone wants a piece. It’s not a problem, there’s enough in the pot for everyone to eat, but just be realistic and that’s all it is.

“There’s so many out there for me to box and I’ve been doing it back-to-back, so it’s no problem.

“Then when I beat Wilder, the next question is – when are you going to fight Fury? The questions will never stop, and I just keep on knocking them down.”

Fury is back in action this weekend against Sefer Seferi and he is the heavy favourite to win. He is priced at 7.50 to win in round three and is expected to cruise past his Albanian rival.