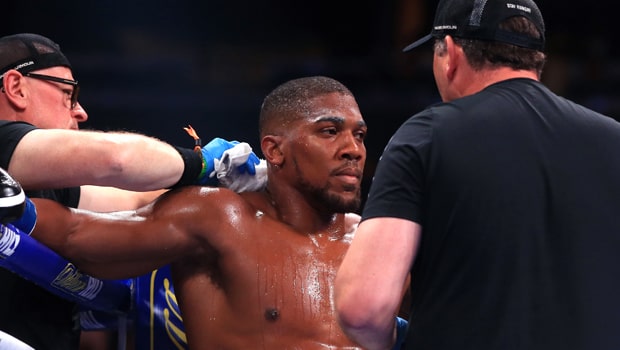 Anthony Joshua says he doesn’t want to talk about heavyweight rivals Deontay Wilder and Tyson Fury until they are willing to consider fighting him.

The British boxer says the duo ‘froze him out’ amid their desire to keep beating lesser opponents, while he has remained willing to get in the ring with the ‘best opponents’ available to him.

Having suffered a shock defeat to Andy Ruiz Jr, Joshua is now building up to December’s rematch with the Mexican and his chance to reclaim the IBF, WBA and WBO titles he lost. Unifying the heavyweight division has always been Joshua’s aim but he says the target is on the backburner for now.

Fury and Wilder drew a match-up last December with the WBC title at stake in America. They are reported to be planning a rematch in February 2020, if they each win a fight in the meantime. Fury faces Otto Wallin on September 14 and Wilder is expected to meet Luis Ortiz, who he has already beaten, before their rematch.

“We take on the best competitors in the division every time. We take challenges, and Ruiz Jr was the best of the crop that was available to me.” On any possible future clashes with Wilder or Fury, Joshua says they must front up. “All eyes on Ruiz Jr. Nobody can talk to me about Wilder or Fury – that is irrelevant,” he said.

“They have got the whole of 2020 booked up. Until they are free, nobody talk to me about Wilder or Fury.” Joshua is 1.33 to win his rematch with Ruiz Jr, with the champion 3.40 to pull off a second upset.