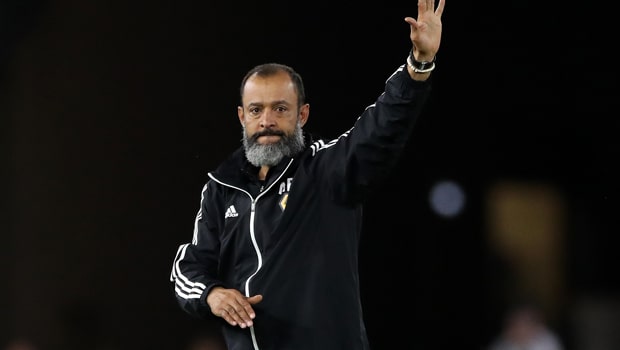 Wolves boss Nuno Espirito Santo has warned his side their 3-2 win over Torino in Italy does not guarantee Europa League group stage football.

The Premier League side took a giant step towards a first ever group stage qualification after emerging from Turin with a first-leg advantage and three away goals. Andrea Belotti’s late penalty for Torino however ensured the tie remains on a knife edge ahead of next week’s return at Molineux and Santo isn’t going to get complacent. “It’s far from being over, it’s a close tie,” he warned.

“We played good, we were organised, we stayed in shape, we produced some goals but, like I say, there’s still one game to go and we have to be really, really good to perform again against a very, very good team.”

Wolves went ahead when Joao Moutinho’s free-kick was headed into his own net by Torino’s Gleison Bremer just before half-time. Diogo Jota doubled the advantage as he finished after Adama Traore’s pass close to the hour-mark but Torino hit back via Lorenzo de Silvestri.

Raul Jimenez’s calm finish again allowed daylight for the English side but Torino pegged back that advantage in the final minute. Adama Traore has impressed in Wolves’ European adventure so far and was Man of the Match in Turin, earning the praise of his manager. On the performance of Traore, Nuno added: “I’m pleased.

He helped the team, others did what they had to do. It’s about tasks, it’s about rules, it’s about always being a team.” Wolves are 1.85 to defeat Burnley at home on Sunday. The Clarets are 4.75 while the draw is priced at 3.40.