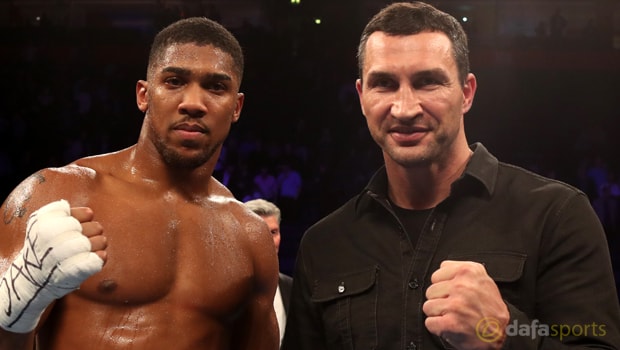 Wladimir Klitschko does not believe his age will prove a hindrance when he takes on Anthony Joshua on April 29.

The pair meet at Wembley with the Ukrainian eyeing the Brit’s IBF heavyweight belt, having lost the title amongst those that were taken off him by Tyson Fury during his last outing in November 2015.

At 41, his time out of the ring is expected to act as a hindrance but Dr Steelhammer has appeared extremely relaxed in training and has talked up his methods.

Joshua in contrast is only 27 and having won all 18 of his professional bouts without going the distance, is seen to have taken this fight at the perfect time to launch himself into the boxing stratosphere.

Retirement has been suggested for Klitschko if he fails to win at Wembley but defeat does not appear to be on the Ukrainian’s mind.

The challenger says he is feeling as fresh as ever and believes the changes he has made in his current camp have helped him become even better.

“I don’t feel my age and it’s not just empty words,” Klitschko is quoted as saying by Sky Sports.

“Even at 41, I’m still improving in the sport that I have been in for so long.

“That is actually what is interesting and exciting to me, because there are things that I’m working on, maybe the same drills that I have been doing, but each time I’m doing it better.

“That makes me feel good and I’m just asking why I didn’t have those things and knowledge 20 years ago? I would have gone much further.”