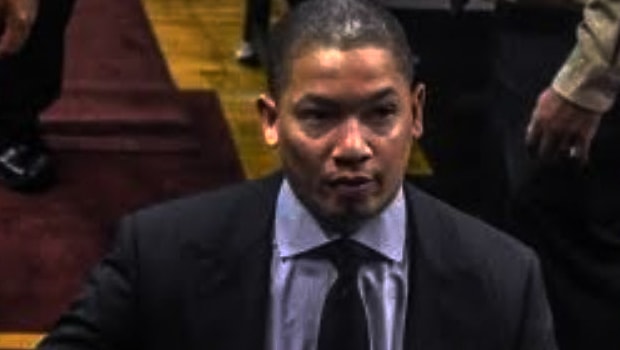 Many people have predicted a tough season for Cleveland Cavaliers following the departure of LeBron James but head coach Tyronn Lue is excited by the challenge.

Four-time MVP James opted to leave the Cavs during the off-season in favour of a move to Los Angeles Lakers and his departure has left a big hole in Lue’s roster.

Cleveland have reached the NBA finals in each of the last four years, winning the Championship for the first time in 2016, but expectations have been lowered for the upcoming campaign, with a playoff berth seeming a more realistic target.

Lue has spent the last few months reshaping his team in the wake of James’ departure and he has put an emphasis on youth, with nine of the current roster being 26 years old or younger.

The head coach is certainly looking forward to moulding his new team over the course of the season and he has backed his young stars to rise to the challenge.

“Of course I would love to have LeBron James, but now that he’s gone, it’s going to be a new challenge,” Lue was quoted as saying by the Boston Globe.

“I think me and my coaching staff, we’re up for it. It’s going to be different, a lot of young guys that we can try to teach and mould them how you want them to be.

“Now, having made the trades we made during the season and acquiring some young talent through the draft, it will be a different challenge for us. I’m already excited about it.”