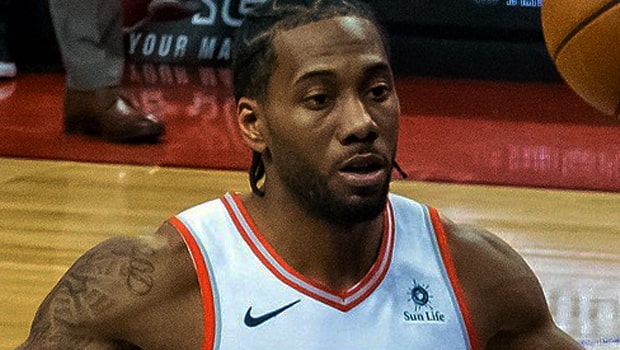 The Toronto Raptors regained the initiative in their NBA Finals series with the Golden State Warriors as they ran out 123-109 winners in Game 3.

Kawhi Leonard recorded his 13th 30+ point game of the playoffs this season to inspire the Raptors, with the Warriors missing the presence of Klay Thompson and Kevin Durant.

Steph Curry had to take the bulk of the offensive burden with Thompson missing, the two-time league MVP scoring 47 points to finish as top scorer in the game and recording a new playoff career-high.

It wasn’t enough to stop Toronto retaking the lead, with Game 4 in Oakland on Friday night now vital to Golden State’s hopes of achieving their three-peat Finals win.

After blowing a double-digit lead in Game 2, Toronto saw their advantage cut to 83-75 in the final three minutes of the third period, only for sharpshooter Danny Green to fire back-to-back three-pointers and put them 14 clear.

The Warriors, who had not played a home game in 20 days and had not lost at home since the first round of the post-season, couldn’t trim the deficit sufficiently to put pressure on during the final quarter. All five Toronto starters and the sixth man scored in double figures on an impressive night.

The Warriors are attempting to win the NBA Championship for the third season in a row, while the Raptors are in their first ever final. Thompson (hamstring) and Durant (heel) are both likely to return for Game 4 as the Warriors bid to level the series for a second time.

Golden State are 1.44 to win Game 4 on Friday, with Toronto 2.80 to move within one of a series victory.