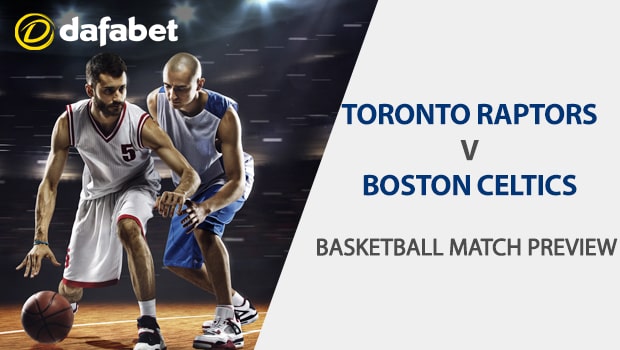 We’re always interested when offshore odds and AccuScore simulation data are on opposite sides of the money line, and that’s exactly what we’ve got in Friday night’s matchup between the Toronto Raptors and Boston Celtics.

Playoff Picture: It’s way too early to be talking about playoffs and seeding, but this game could end up having a big impact on the standings should there be any sort of a tiebreaker. Nearly a month into the regular season, the Celtics are just 8-6, sitting in the No. 4 spot in the East, three and a half games behind the Toronto Raptors.

Minutes Restriction: Gordon Hayward’s minutes per game restriction has supposedly been lifted; keep an eye on him to see an increase in playing time. Hayward played 28 minutes vs Chicago earlier this week, finishing with 11 points, 4 rebounds, and 4 assists in a 111-82 win over the Bulls.

Hayward is projected to finish with 14 points and 5 rebounds.

X-Factor: Picking a side in a close matchup like this isn’t easy. And Marcus Morris’ illness that kept him out Wednesday vs Chicago could be a big factor vs Toronto on Friday.

Morris has been impressive on offense this year to start the season, averaging close to 15 points on 50+ percent shooting from the field, including 48-plus percent from beyond the arc. “We’re better with Marcus, no question about it,” Celtics head coach Brad Stevens said this week.

Betting on the Total: Odds — at 1.90 — indicate there’s a 52.6 percent chance the total combined score goes above 213.5. That happens in over 67 percent of AccuScore sims, a two-star (out of four) AccuScore hot trend pick.

The total combined score in AccuScore sims is 225+.

Kawhi Leonard is projected to finish with 22 points, 6 rebounds, 3 assists, 1 steal and 2 turnovers for the Raptors.

For the Celtics, we’ll have our eyes on Kyrie Irving who is projected to finish with 21 points, 5 assists, 4 rebounds and 2 turnovers.

Odds indicate there’s a 46-to-47 percent chance the Raptors win this game as road underdogs. They win 52 percent of AccuScore sims, suggesting some added side value.
The average score in AccuScore sims is 114-112, in favor of the road team.