Playing with Kobe was something very unique and something I will be grateful for: Pau Gasol 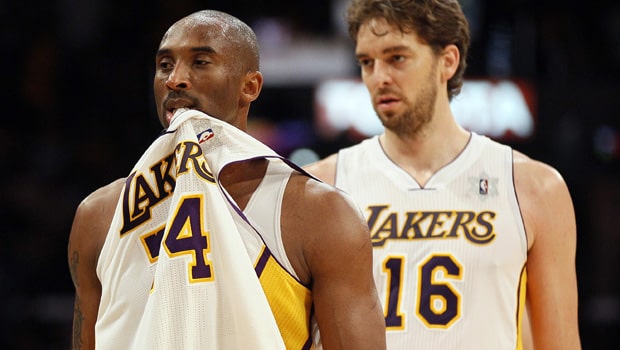 Legendary former LA Lakers player Pau Gasol has recalled his time of sharing the court with his late teammate Kobe Bryant. Gasol and Bryant made a lethal combination on the court and they were instrumental in the success of the team over the years.

The duo played seven seasons for Purple and Gold together out of which they won two NBA titles and ended as runners-up on one occasion. The pair had great chemistry with each other on the court, which helped them dominate the opposition.

Black Mamba, as Kobe was known during his heydays, was able to get the best out of Pau Gasol and both of them loved sharing the court with each other.

“It provided just a completely different feel,” Gasol said while talking to Lakers nation to promote his four-part docuseries called Pau Gasol: It’s About the Journey.

“Playing with Kobe [Bryant] was something very unique and something I will be forever grateful. And also the rest of the guys. Derek [Fisher], Lamar [Odom], Andrew [Bynum], Sasha [Vujacic], Jordan [Farmar], Luke [Walton]. All the guys that I played with in a Lakers uniform, we knew we were part of something special. We knew that being part of the Lakers franchise was an honor. Being part of the Lakers family was an honor. We had a sense of a higher responsibility beyond yourself as a player.”

In fact, it was reported that Kobe Bryant wanted to part ways with LA Lakers after the 2007 season due to the team’s inability to create a champion team. However, LA Lakers and their general manager were able to rope in Pau Gasol, which changed Bryant’s mind. What followed is history as Bryant and Gasol made one of the most lethal pairs in the NBA.

Both the players grew in stature and confidence while playing with each other and took giant strides in their respective careers.