Roger Federer looks ahead to 2019 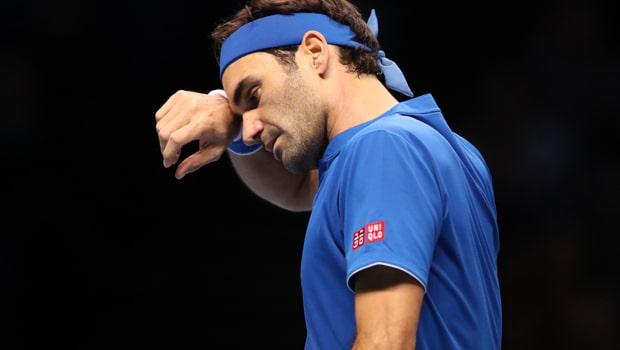 Roger Federer may have fallen in the last four of the ATP World Tour Finals but he insists he can look back on his campaign as a success.

Federer went down in straight sets to rising star Alexander Zverev in London and the German will now take on Novk Djokovic in Sunday’s final.

Federer won a 20th Grand Slam crown at the Australian Open and won further titles in Rotterdam, Stuttgart and Basel in his homeland of Switzerland.

The 37-year-old admits his form dipped in the latter half of 2018 but he feels overall there are plenty of positives to take and he is already looking ahead to the new season.

“The second half of the season could have been better maybe. I also have high hopes to always do well.

So I’m happy I gave myself opportunities again in that second half of the season,” said Federer, who returned to the top of the rankings earlier in the year and is now the world number three.

“I maybe lost a couple too close matches that could have changed things around for me a little bit.

I don’t know, Paris [Masters – against Novak Djokovic] or Wimbledon [against Kevin Anderson].

“I’m here now. So I’m a little bit disappointed there because I believe I was close. Being close makes me believe I can keep going, I can win again.

“Overall I’m happy how the season went. There are many positives, to be quite honest. So I’m excited for next season.”

Federer is 7.00 to successfully defend his Australian Open crown in 2019 and 4.00 to win Wimbledon.