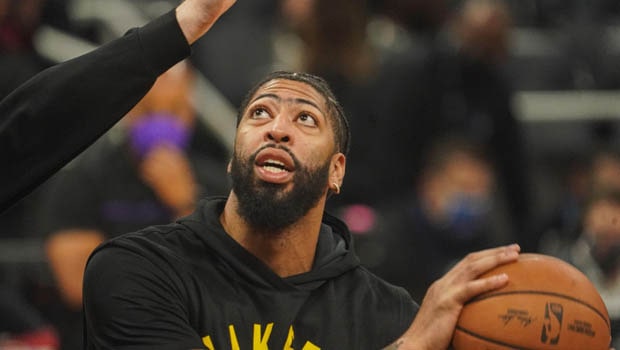 It has been reported by ESPN that LA Lakers talisman Anthony Davis is likely to be ruled out for two weeks due to an ankle injury which he suffered on Wednesday night against Utah Jazz. Davis underwent X-rays at Crypto.com Arena that revealed no fracture, according to the team.

The team’s head coach Frank Vogel revealed that Davis has an MRI scheduled for Thursday and the team will re-evaluate his injury after the All-Star break.

Davis suffered an injury when he tried to take a pass from Malik Monk in the second quarter. The 28-year-old was seen withering in pain, which is not a good sign for the team. The linchpin played for 17 minutes and he was looking in good form as he scored 17 points.

In fact, Davis has had a history of being troubled by a plethora of injuries and this is another big blow for LA Lakers.

“Obviously it’s sickening to see AD go down in that fashion,” James said. “I hope he’s fine. Obviously, I mean, I know he’s not like, great, but obviously, his health is most important for him individually, for our ballclub. I’ve seen [teammates get injured] too many times, obviously. So I just wish him the best.”

James is hopeful that Davis will bounce back stronger when he will return back to action.

“The good thing is, he’ll be a lot better when we come back than he is tonight,” James said. “No matter where he is, he’ll be better a week from today. … So time heals all, and like I said, it’s an unfortunate play, an unfortunate event, and he’ll get back as soon as he can. But nothing to rush.”

“Just shaking his head about, you know, really everything,” Vogel said. “Obviously I’m not sure what it felt like, but just being frustrated about it looking like he’s going to miss some time again.”

Lakers will next play LA Clippers on 25th February.