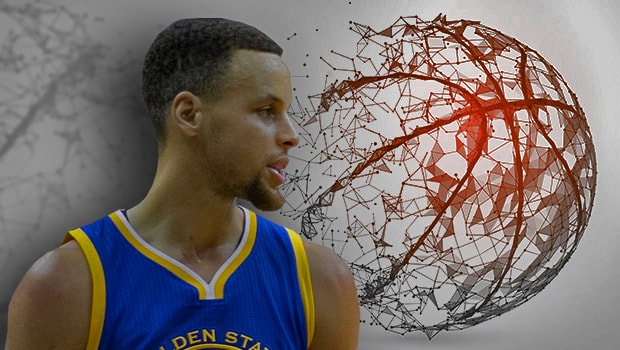 Golden State Warriors star Stephen Curry is upbeat about his chances of returning from a knee injury ahead of the start of the NBA playoffs.

The point guard has suffered from his fair share of injuries over the course of the season, but his latest MCL sprain not only made him miss Sunday’s 110-91 defeat to the Utah Jazz, but he could also now miss the start of the playoffs.

Warriors head coach Steve Kerr was certainly downbeat about Curry’s chances of making the first round of the playoffs, but the 30-year-old himself is feeling more upbeat, although he acknowledged his regular season campaign is all but over.

“Hopefully, I prove what coach said was wrong and put myself in position to get back as soon as possible,” Curry told reporters.

“But right now, who knows? Just try to do my job in the rehab process and get back as soon as I can.”

Curry’s fitness is scheduled to be reassessed on April 14, the same day the playoffs are due to get underway and he is remaining upbeat about his chances of participating from the very start of the postseason campaign.

“Based on what I’ve been told, three weeks is a good benchmark to re-evaluate and reassess where I’m at in my progress,” he added.

“Mentally, for me, [I’m just] staying positive and staying upbeat.”

Golden State are the defending NBA champions and they are priced at 2.10 to successfully defend their title this year.