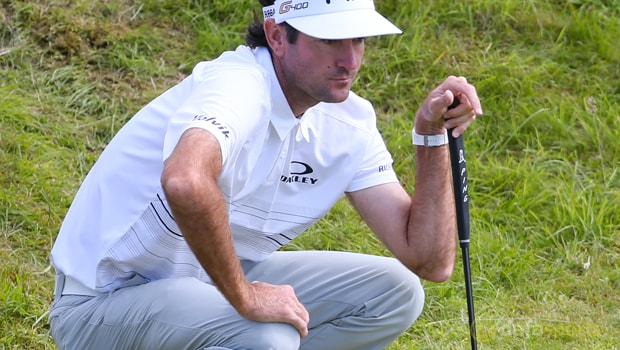 Bubba Watson claimed his second PGA Tour title of the season with a comfortable 7&6 victory over Kevin Kisner in the final of the WGC-Dell Technologies Match Play on Sunday.

The 39-year-old has returned to form this year after dropping out of the world’s top 100 during 2017, as he followed up his victory in last month’s Genesis Open with another success in Texas.

Watson, who saw off the likes of Brian Harman and Kiradech Aphibarnrat to book his place in the last four of the competition, faced a tough task in even reaching the final on Sunday morning, as he first had to take on PGA Championship winner Justin Thomas.

Thomas, who would have moved to the top of the world rankings with an overall tournament victory at Austin Country Club, had been expected to see off Watson, but it was the two-time Masters champion who prevailed 3&2.

Watson’s reward for reaching the final was a clash with fellow American Kisner, who needed an extra hole to beat Alex Noren in his semi-final encounter.

Kisner certainly looked tired during the showpiece match and Watson controlled the contest from start to finish, eventually wrapping up overall glory with a birdie at the 12th.

The world number 21 was certainly delighted with his tournament success, although he knows he was aided by Kisner’s tiredness during the final.

“And you can just tell the energy was gone with the tough match this morning.”

Watson will now be hoping to maintain his good form ahead of next month’s Masters, as he is priced at 15.00 to claim a third green jacket at Augusta this year.