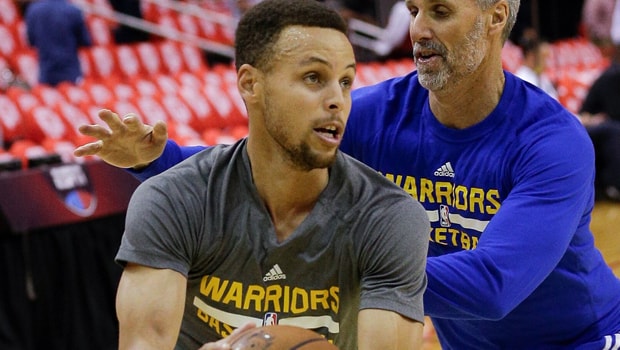 Golden State Warriors have been dealt an injury blow ahead of their Christmas Day showdown with Cleveland Cavaliers as Stephen Curry will miss the game due to an ongoing ankle problem.

The point guard has been on the sidelines since rolling his ankle during the Warriors 125-114 victory over the New Orleans Pelicans on December 4, but it had been hoped he would be able to return for the festive showdown with the Cavs.

However, Golden State have now confirmed in a statement that Curry is making good progress, but it is likely to be another week before he can return to action, meaning he will miss the clash with Cleveland, as well as the games against the Los Angeles Lakers and the Denver Nuggets.

The team statement read: “The evaluation indicated that the ankle is healing well and that [Curry] is making good progress overall, enabling him to progress to modified on-court workouts in the coming days.

“He will be re-evaluated in one week with the anticipation of having more clarity at that time on a potential return to game action plan.”

Curry’s absence will be a major blow for the Warriors, as they look to secure another victory against the Cavs following their 4-1 series triumph over Tyronn Lue’s team in last season’s NBA Finals.

However, Golden State should head into the contest in good spirits, as they have won their last 10 matches in a row, although they are currently only second in the Western Conference standings.

Steve Kerr’s team have claimed Western Conference glory in each of the last three seasons and they are priced at 1.30 to achieve that feat once again this term, while they are available at 1.60 to successfully defend their NBA Championship crown.