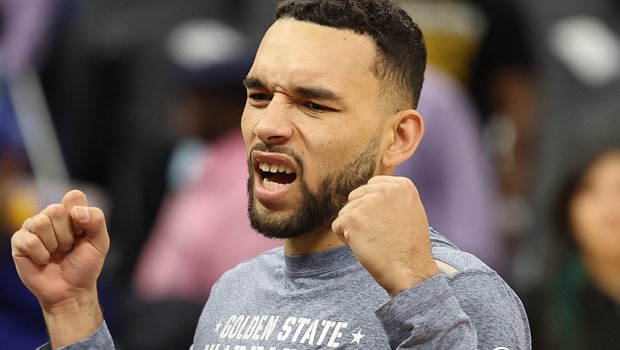 Golden State Warriors talisman Stephen Curry was full of praise for Jordan Poole after the 22-year-old youngster continued his impressive form for the team in the all-important Game 1 of the first-round playoff against the Denver Nuggets on Saturday at the chase center.

Poole has grown in confidence this season while playing with the likes of Curry, Klay Thompson, Draymond Green and Andrew Wiggins.

“He doesn’t lack confidence,” Curry said. “That play embodied it. Because you just have the creativity and confidence in yourself to make that play. You don’t second-guess yourself. You kind of live with the results and we’ve done it for years, and he’s stepping into that now. It’s fun to see.”

The team’s head coach Steve Kerr also showered praise on the youngster for his prolific rendition against the Nuggets.

“He’s not afraid of the moment,” Kerr said of Poole. “He’s looking forward to it.”

In fact, the quintet of Stephen Curry, Klay Thompson, Jordan Poole, Draymond Green, and Andrew Wiggins played together for only five minutes against the Nuggets. However, those five minutes were enough to leave a lasting mark on the match as GSW outscored the tourists by 14 points during that phase to build the momentum of their victory.

“It’s a scary sight when we really get going,” Thompson said. “This is really only our first time really playing together.”

On the other hand, Jordan Poole became the second GSW player after Wilt Chamberlain to score 30 or more points on his playoff debut.

The second game between GSW and Denver Nuggets will take place on Monday.