Carlos Alcaraz can be the World no.1 – Boris Becker 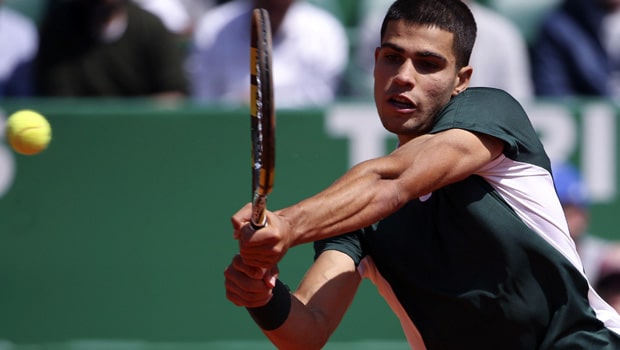 Former German legendary player Boris Becker reckons young sensation Carlos Alcaraz has the potential to be the World’s no.1 Tennis player. Becker believes if everything continues normally then the Spaniard can reach the pinnacle of the rankings.

The 18-year-old is currently at 11th place in the ATP rankings with 3320 rating points under his bag. The youngster recently won Miami Open by beating Casper Ruud in the final. Alcaraz became the third-youngest to win an ATP 1000 Masters title whereas he became the youngest ever to win the Miami Open.

Alcaraz has a never-die attitude on the court, which can definitely take him a long way in his career. The Spaniard has definitely shown the skills to be the best player of his generation.

However, Alcaraz didn’t have a great start to the clay-court season as he lost to America’s Sebastian Korda by 7-6, 6-7, 6-3 in the opening round of the Rolex Monte Carlo Masters.

Speaking to Eurosport seven-time Grand slam champion Becker said, “If everything continues normally, then yes he can be world number one.

“He’s only 18, but you only have to look at the way he’s played over the last six months. He went to Miami and just kept winning. He has the mentality to not just be satisfied with reaching a semi-final, or be playing the best players in the world – he wants to go further and [we saw that] by winning his first Masters title against a top opponent. So he can become No. 1, but anything can happen in sport.”

In fact, former World no. 1 Andy Murray also recently predicted that Carlos Alcaraz will soon be number one in the world.

On the other hand, Becker reckons Alcaraz must stay grounded in order to go a long way in his Tennis career and it will be imperative for him to not veer off the track.