LeBron James may need ‘even more’ to stop Warriors 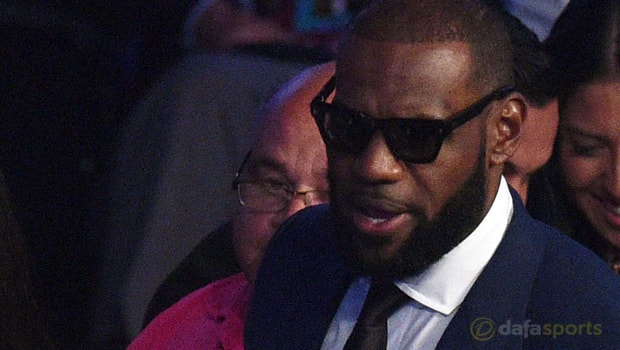 Cleveland Cavaliers head coach Tyronn Lue admits LeBron James may require an even more herculean effort to get the better of the Golden State Warriors in Game 2 of the NBA Finals.

James became the sixth player to ever score 50 points in an NBA Finals game and the only one to lose in those circumstances as the Cavs went down 124-114 in overtime in the Oakland Arena in Game 1.

“I hope so,” Lue said when asked if James could do it again in Game 2.

The record for most points in a Finals game is 61, set by the Lakers Elgin Baylor in 1962. Warriors coach Steve Kerr meanwhile is aiming to prevent the Cavaliers from pulling down 19 offensive rebounds in Game 2, a count he acknowledged was too high on Thursday night in the series opener.

“That’s a glaring weakness, was our lack of aggression on the boards,” Kerr confessed.

“That’s something we’ve got to clean up.” The defending NBA champions were 51 per-cent from the field, 36 per-cent from three-point range, while turning the ball over only seven times and scoring 28 fast-break points in Game 1 and Kerr knows they have better in them.