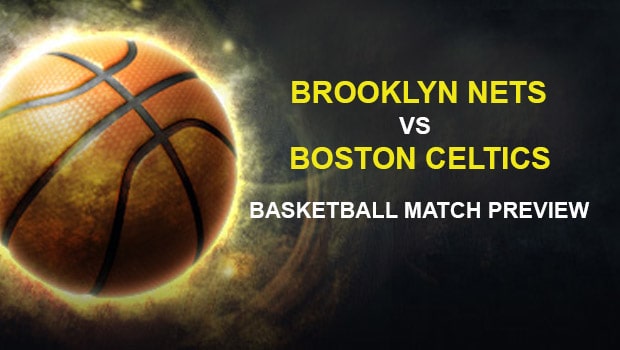 The Boston Celtics will try to get back in the series when they host the Brooklyn Nets in Game 3 on Friday night. The Nets have been unstoppable on offense in the first two games of the series. A lot has been said about their defense, but you have to understand that their offense is their defense. The Nets manipulate the flow and pace of a game with their offensive tempo and the Celtics have to keep up. Whoever plays them ends up not playing defense and the Celtics are without Jaylen Brown (plus-3.5 Offensive Box Plus/Minus) for the rest of the season, which doesn’t help at all.

The Nets’ system is set up so they run the opposing team out the gym. They turn games into a shootout with the hopes that they will score more efficiently than their opponent. The downfall is that the other team’s scorers (Jayson Tatum and Kemba Walker can get hot). With Kyrie Irving, Kevin Durant and James Harden on the court, the Nets can have multiple shooters like Joe Harris open, score in a variety of ways and be efficient. The Nets rather than beat you 100-87, they want to beat you 130-108, just like they did against the Celtics in Game 2.

The big question marks for Game 3 are, will Jayson Tatum play? and, can he take over the game if he plays? Tatum left Game 2 with eight minutes, 48 seconds to play in the third quarter when he was accidentally poked in the eye by Kevin Durant, causing him to stumble to the ground and turn the ball over. Tatum went to the locker room and then returned to the bench but he was later ruled out for the rest of the game.

Before his exit, Tatum’s struggles from the second half of Game 1 (missed all six of his field goal attempts) carried over to Game 2 and he finished with a dismal nine points on 3-for-12 from the field in 21 minutes for a game-worst minus-28. Tatum was the only Celtics starter who scored in single digits. Already without Brown, the Celtics won’t win Game 3 unless Tatum plays like the star that he is. It’s that simple!
The Over is 7-2 in Brooklyn’s last nine Friday games, 6-0 in Boston’s last six home games and 7-2 in Boston’s last nine games following a straight up loss.

Two-star (out of four) AccuScore hot trend pick on the total in this one. Average score in simulations is Brooklyn Nets 120.8 to Boston Celtics 112.7.