Posted by Marlon William on November 9, 2017 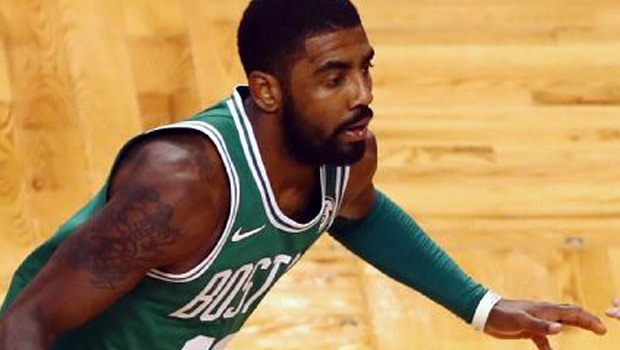 Boston’s reserve point guard Shane Larkin has hailed the impact Kyrie Irving has had on the team since his arrival.

In one of the sagas of the off-season, Irving swapped Cleveland for the Celtics and is seen as the man who can guide the TD Garden side to their first Championship since 2008.

He has made a solid start to date, guiding his team to the top of the Eastern Conference and produced arguably his best performance in Wednesday’s 107-96 win over the LA Lakers.

On a night where neither team truly found their rhythm, Boston opened a 21-point lead but almost saw it evaporate, only for Irving to prove the difference.

His 19-point haul undoubtedly contributed to the result but it was the way he controlled the match, especially in the fourth quarter that earned him the majority of his plaudits.

The point guard’s understudy Larkin admits the 25-year-old’s quality on the ball is like nothing he has seen before, conceding he is in awe of how “natural” his colleague appears on the court.

“The way he has the ball on a string is just, it’s unbelievable,” Larkin said. “It’s the best I’ve ever seen.

“It’s nothing I’ve seen before, and it’s something that you can’t really teach. You can go out there and try to imitate him as much as you want to, it’s just something that’s now become natural for him.

I’ve played with some good guards but never anybody who has it on a string like that.”

Boston are currently 13.00 to win the NBA Championship, with them 4.33 to top the Eastern Conference.