Posted by Jason Stepford on November 8, 2017 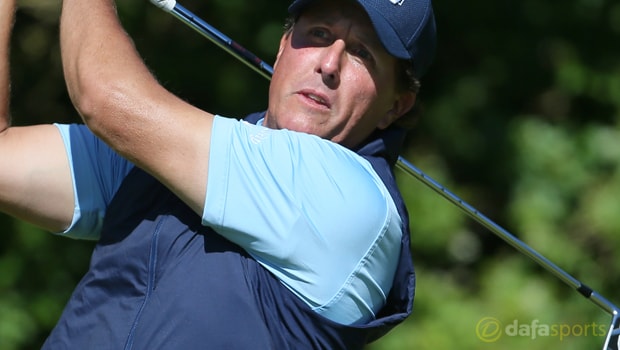 Phil Mickelson has revealed making the USA’s Ryder Cup team for the event in France next year is a big goal and he is confident of making the cut if he keeps playing like he has been.

Mickelson has been an ever-present for America in the Ryder Cup for over a decade now and already holds the US record by qualifying for 11 consecutive teams.

‘Lefty’ has made 23 straight appearances in the biennial men’s golf competition although he has only ended up on the winning side three times in 1999, 2008 and 2016.

The five-time major winner, who is 51.00 to win the 2018 US Open and complete the career Grand Slam, has been on a long title drought, with his last success coming at the 2013 Open.

He failed to record a top-three finish in the 2016/17 PGA Tour season – the first time this has happened in his career – but his form in the early stages of the new campaign has been promising.

The 47-year-old Californian ended up in a share of third at the Safeway Open before finishing joint-15th at the WGC-HSBC Champions, and he feels more performances like these will aid his Ryder Cup cause.

“I’ll play more tournaments if I have to,” Mickelson said.

“I’m not sure if I have to add much. Paris is a big goal of mine and it’s important to get off to a good start.

I’m expecting to have a good year. I’d like to get on the team and go over there and win.”

Defending champions American are narrow 1.95 favourites to retain the Ryder Cup, a draw is priced at 11.00 whilst Europe, led by captain Thomas Bjorn, are a 2.05 chance.