Posted by Marlon William on September 6, 2017 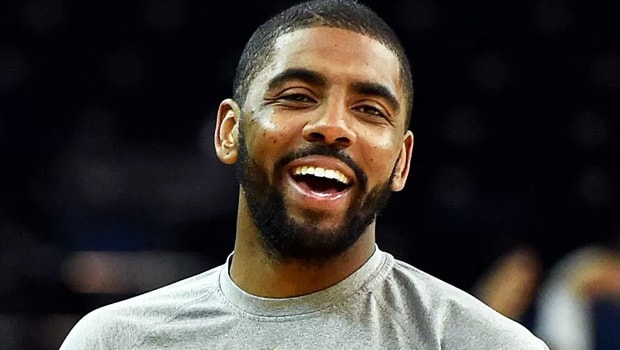 Boston President of Basketball Operations Danny Ainge believes Kyrie Irving will improve at the club as he is no longer in LeBron James’ shadow.

The 25-year-old’s protracted trade from the Cleveland Cavaliers was recently completed and his move to the Celtics has inevitably been followed by talk of a fall-out with James.

Irving himself has played down the rumours, insisting his quest to leave was a bid to move to the next level.

As a four-time All-Star, the point guard already appears at the top of his game and is still to reach his peak years.

The move has been the talk of the NBA over the off-season and looks set to free Irving up into more of a playmaking role.

While most of the Cavs’ attacking action went through James, the point guard is likely to see more of the ball in Massachusetts.

The Celtics chief has backed him to have a big impact at TD Garden now he has the extra freedom to express himself without his former team-mate sharing his space on the court.

“You’ll see that he’s a better passer,” he said.

“I think people that watch Kyrie play a lot can see his passing and his potential there as a passer.

“LeBron was pretty much the point guard in Cleveland and Kyrie was a point guard often when LeBron wasn’t on the court. I think that he’s a fantastic passer.”

Boston are currently 3.00 to win the Eastern Conference and 9.00 for the Championship outright.