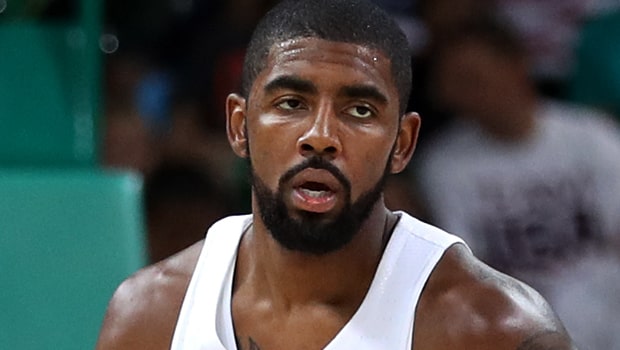 The Boston Celtics snapped a three-game losing streak as they claimed a 117-108 victory over the Toronto Raptors at the TD Garden on Wednesday.

Kyrie Irving, who was making his return after missing Monday’s defeat to the Brooklyn Nets with a quad injury, was the star of the show for the Celtics, as he finished with 27 points and a career-best 18 assists.

The point guard was ably assisted by Al Horford, Gordon Hayward and Jayson Tatum, as Brad Stevens team claimed their first win since last week’s triumph over the Indiana Pacers.

Stevens was certainly pleased to see the Celtics return to winning ways and he was particularly impressed by the resilience they showed, as they twice battled back from significant deficits, including midway through the fourth quarter when the Raptors raced into a four point lead.

“Yeah, I mean, I think that’s the biggest thing. I think the best part of tonight, as I said, was we responded to adverse stretches in a game twice,” Stevens told reporters.

“Start of the game down 20-8 and then when they came back and took the lead. Went up by four; we responded.”

The defeat also ended the Raptors five game winning sequence, despite the best efforts of Kawhi Leonard, who top scored in the game with 33 points.

Toronto have also now slipped off the top of the Eastern Conference standings, with the Milwaukee Bucks moving into first place courtesy of their 111-101 victory over the Memphis Grizzlies.

However, the Raptors are priced at 2.75 to claim the Conference title for the very first time this season, while the Celtics and Bucks are available at 3.25 and 5.00 respectively.