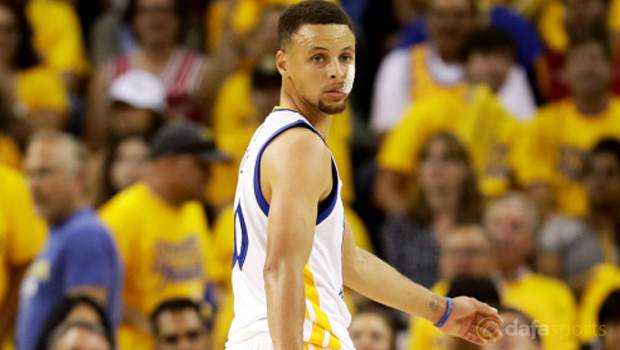 Steph Curry has announced he will skip this summer’s Olympic Games as he feels he needs to rest following his recent injury issues.

The two-time NBA MVP was being tipped to spearhead the USA’s bid for a 15th gold medal but has now informed director of country’s basketball team, Jerry Colangelo, that he will not be available for selection.

Curry has enjoyed another brilliant domestic season, guiding the Golden State Warriors to the NBA Finals and they currently sit 2-0 up in the series against the Cleveland Cavaliers.

The pair meet in Game 3 on Thursday with the defending champions Warriors priced 1.83 to win, while the Cavs are 1.85.

Curry will again be looking to lead his side’s charge but has recently had to manage his time on court due to a knee sprain he picked up in round one of the play-offs.

Having also recently struggled with an ankle problem, the 28-year-old has confirmed he plans to rest during the off-season in a bid to recover his fitness, a decision that rules him out of the Olympics.

“After a great deal of internal thought and several discussions with my family, the Warriors and my representatives, I’ve elected to withdraw my name from the list of eligible players on Team USA’s preliminary roster for the 2016 Summer Games in Brazil,”

Curry said. “My previous experiences with USA Basketball have been incredibly rewarding, educational and enjoyable, which made this an extremely difficult decision for me and my family.

However, due to several factors – including recent ankle and knee injuries – I believe this is the best decision for me at this stage of my career.”