Kobe Bryant and Michael Jordan: From Competitors to Brothers 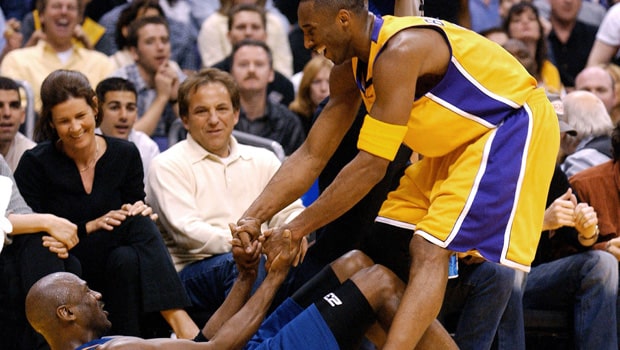 Welcome to the Hall of Fame, Kobe! Kobe Bryant is one of the greatest NBA players of all-time and the greatest Laker ever. Two jersey numbers in the rafters at the STAPLES Center prove it. Kobe was able to take over games in ways that not many players could.

“And then when I came to the league and [was] matching up against him, what I found is that he was extremely open to having a relationship, a mentor relationship and giving me a great amount of advice and an amazing amount of detail, strategies, workout regimen and things like that,” Kobe added. “Seriously, I don’t think people really understand the amount of impact that he’s had on me as a player and as a leader.”

“He paid me the highest respect by trying to emulate certain things I did. I can only repay that by showing my support and admiration for a guy who I felt was one of the greatest to ever play the game,” MJ said.