Jordan vs. LeBron: Dino Radja on the Ongoing Debate 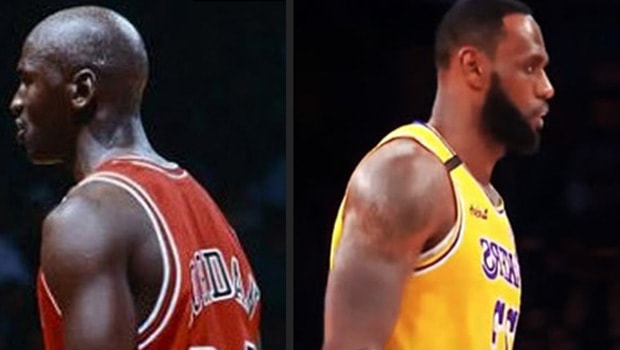 Has LeBron James closed the gap with Michael Jordan to be considered the GOAT (greatest of all-time)? Celtics Hall of Famer Dino Radja shared his thoughts. Radja dealt with many injuries while playing with the Celtics but he still averaged 16.7 points and 8.4 rebounds in 32.6 minutes over 224 games across four years with them from 1993 to 1997.

Dino Radja played against Michael Jordan five times during his NBA career and the Bulls won those games by 15.6 points, with MJ averaging 25.8 points. Radja is therefore qualified to have a strong opinion on who’s better, Jordan or LeBron? “When the comparisons between LeBron and Jordan start, I vomit,” Radja told EuroHoops.net.

“My son assures me that LeBron is better but for me, it’s not a discussion. If he had played twenty years ago, LeBron wouldn’t have been able to do even half of this. Today, when LeBron enters the paint, everyone moves away from him, but Jordan was getting beaten like no one and he still dominated. In front of LeBron were Kobe Bryant and some others. I respect LeBron but Kobe was better.”

Radja also had strong opinions about today’s NBA: “I don’t like the NBA… It’s all in the numbers, people are boxing out opponents so some would pump up numbers…

I prefer to watch the Euroleague, a Maccabi and CSKA game, more than the NBA finals between Miami and the Lakers.” He also said that while he didn’t watch any of the six Lakers-Heat NBA Finals games, he did follow the Celtics. “I watched Boston,” Radja added, “because I’m emotionally attached.”