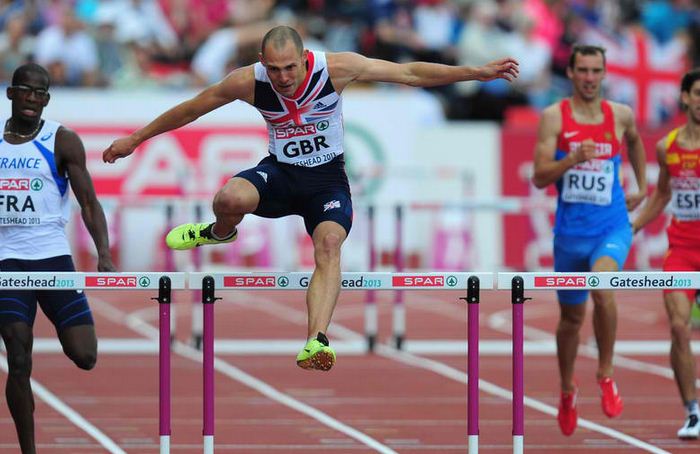 The Welshman hopes to atone for what was for him a disappointing effort at the European Team Championships at Gateshead, in which he was surprisingly beaten into second place by German Silvio Schirrmeister in a time of 49.39secs.

That was only his second competitive outing since undergoing a double hernia operation, but even so it was an unexpected outcome against a much inferior rival.

The 27-year-old Swansea Harrier clocked 48.81 at Rome’s Golden Gala meeting earlier this month and on that evidence is expecting a much-improved performance at the Alexander Stadium.

“I was caught napping a bit technically,” said Greene.

“It just goes to show that I have missed a bit of training and the technical side of things is improving, but to be caught out as I was is a stark reminder that I need to keep focusing and stay on point.

“It’s nice to run a race so close to the last one, I can try and make amends for what happened.”

Greene will not be in for an easy time though, as lining up against him will be the likes of Olympic champion Felix Sanchez, world silver medallist Javier Culson and American Michael Tinsley, the latter fresh from  impressive success in the US Championships where he clocked a world’s best this year of 47.96.

“I do find it easier to run in the bigger races against the top guys because I know I’ve got to be at my best so it will be interesting to see how I go in Birmingham compared to Rome,” said Greene.

“There’s some very good athletes there, the fastest in the world this year.

“I’m looking forward to testing myself against them because if I’m not racing the top guys you can never really tell when you’re at.”