Caster Semenya: I won’t let World Athletic drug stop me from being who I am

Posted by OLADIPUPO MOJEED on September 11, 2020 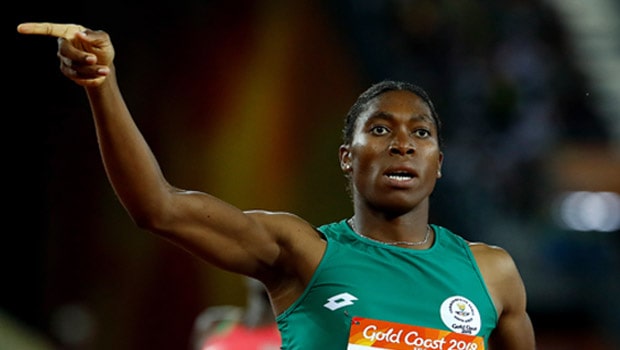 The South African athlete noted that said she wouldn’t allow her health to be endangered solely because of her natural abilities. This, she said, put the World Athletics on the wrong side of history.

The double Olympic 800 meters champion was unable to win her appeal to the Swiss Federal Tribunal to set aside the 2019 CAS ruling. The ruling says female athletes with a high natural level of testosterone must take medication to reduce it.

Ths made Semenya approach the tribunal in May last year. CAS had ruled that World Athletics regulations are binding on athletes with differences in sexual development (DSDs) in participating in 400 metres to a mile race. This, according to the highest sports court, is to ensure fair competition.

Semenya, who stated that she knows what is right, said she would protect basic human rights and young girls of such abilities both on and off the track.

In its ruling, the tribunal says the governing body’s requirement of subjecting certain female athletes to drug or surgical interventions does not violate Swiss public policy. The tribunal said such a ruling act as a precondition to participating in certain athletic events.

Semenya has a high testosterone level, which increases muscle mass, strength, and hemoglobin. This makes her have a high level of endurance and to set new records. This has made her be compared to men by some competitors. According to them, women with higher levels of the hormone have an unfair advantage over others.

With this ruling, Semenya has shifted her attention to the shorter 200-meters sprint event, which is not affected by the regulations. She will now be preparing on this ahead of the Tokyo Olympic Games. The tournament was postponed to next year due to the COVID-19 pandemic.