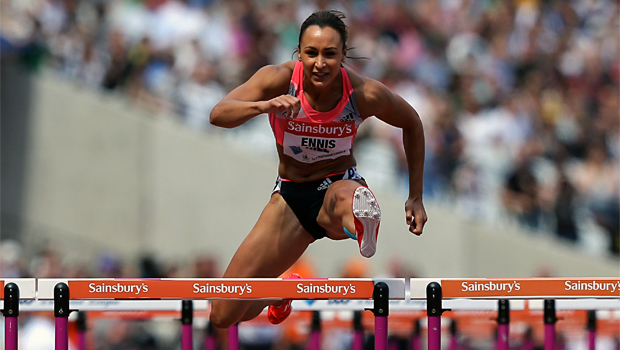 Ennis-Hill has been dogged by injuries which have hampered her progress this season and she was almost forced to pull out of the Anniversary Games at the weekend with an Achilles problem.

The British Olympic heptathlon champion managed to compete in the long jump and hurdles and will now wait to see if there has been any reaction to the injury.

Ennis-Hill says she will not go to Moscow just to make the numbers up and wants to be fit enough to compete for the gold medal and a decision is imminent.

“I think she’s got a good chance of competing at Moscow,” said Black.

“A decision will be made in the next couple of days after seeing how she recovers from the weekend.”

Ennis-Hill made her first appearance since winning Olympic gold when she competed in the javelin and long jump at Loughborough last week.

The 26-year-old admitted to feeling discomfort in the Achilles but managed to come through, as she did in London at the weekend.

“It was incredible to see her coming back and competing at Loughborough through the week then seeing her hurdle and long jump,” Black added. “The team around her, led by coach Toni Minichiello, have done phenomenal work.”

Ennis-Hill is not so confident and admits she is way off full fitness, with the World Championships fast approaching.

The Brit ran 13.08secs in the hurdles, over half a second slower than she did at the Olympics, and then came eighth and last in the long jump.

“It’s amazing to be back in the stadium and just having everyone’s support is incredible,” said Ennis-Hill. “I’m just disappointed that I’m not in the shape and the fitness that I need to be in.

“It’s hard because obviously it’s only a couple of weeks until the Worlds. I’m running out of time a bit.”