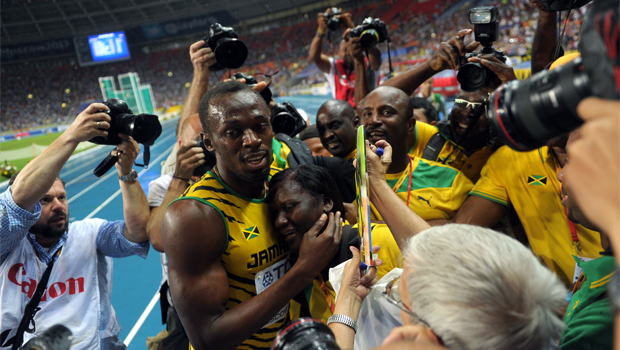 Mo Farah lit up day one of World Athletics Championships on Saturday, and now Usain Bolt will bid to be the headline maker, later on Sunday in Moscow.

Bolt sailed through his preliminary heat of the Men’s 100m in a time of 10.07, hardly breaking sweat on the way to the semi-finals.

The Jamaican famously missed out on glory in Daegu two years ago after being disqualified for a false start in the final, allowing his
compatriot Yohan Blake to take the gold medal.

He was as steady as a rock on the blocks this time ahead of the first heat, unlike the runner next to him who was too quick to react and was shown the dreaded card.

After his rather easy victory, Bolt said he was at all phased by what happened at the start.

“I wasn’t really worried,” he revealed after. “I was listening for the gun, so that was good. I didn’t try to run too fast, I was trying to work on my technique to get it right. Tomorrow, I will put more speed into it.”

Two Americans, Mike Rogers and Justin Gatlin, clocked sub-10 second times in their heats, but Bolt is very much the one to beat, ahead of both the semis and final taking place later today.

Farah, of course, has already achieved what he set out to do, gaining revenge over the defending champion Ibrahim Jeilan in an exciting finish to the 10,000m Final.

The double Olympic long-distance champion crossed the line in typical fashion, with his arms wide open, and sank to his knees to kiss the track.

Farah then revealed what went through his mind near the finish:

“But I won the medal that was missing,”

Farah will now defend his 5,000m title next Friday.