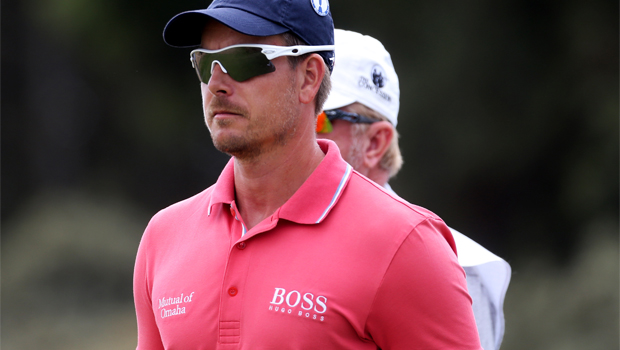 Henrik Stenson has put himself in a good position to become the first ever Swede to land one of golf’s four majors as he chases glory in US PGA Championship.

Stenson, along with compatriot Jonas Blixt, is right behind overnight leader Jim Furyk and Jason Dufner at Oak Hill, as he bids to show that his recent purple patch of places in the Scottish Open, Open and Bridgestone Invitational is a stepping stone to even greater glory.

The 37-year-old can call on the fact that he was good enough to win the so-called ‘fifth major’, the Players Championship and WGC-Accenture Match Play Championship in the past.

Now Stenson bids to go one better than the only other Swede to go close to landing a Major, Jesper Parnevik, who was twice runner-up in the Open.

“No Swede has ever won a major before and we’re definitely increasing the chances with having two guys up there rather than one or none,” said Stenson, “We’re going to go out there and try our best tomorrow.”

On a difficult day, when the likes of Tiger Woods and Phil Mickelsen blew their chances with some erratic shots, Stenson was a model of consistency, carding one-under 69 to join Furyk as the only players to break par in all three rounds.

“I’m working hard, getting closer to where I want to be and playing some good golf again. Yeah, we are a good ways in that direction, for sure.” he added.

It would be ironic though if, having got closer and closer to the big one, Stenson were to be foiled by another Swede on the final day, as Jonas Blixt stormed up the leaderboard on Saturday, to put himself in with a big chance also.

Barring any big mishaps, both look set for a place at least, come Sunday evening.