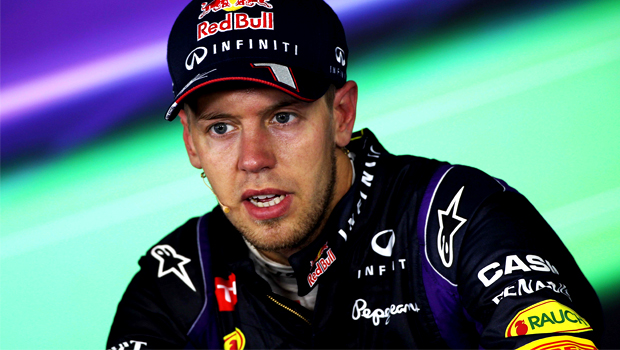 Former Red Bull driver David Coulthard believes that even if Sebastian Vettel suffers from a drop in form over the second part of season, it would take something special to stop him winning a fourth consecutive title.

Vettel is currently sitting happily at the top of the standings in the Drivers’ Championship with a 38-point lead as he takes some time off for the summer break.

The campaign will return with the Belgium GP later this month with only nine races remaining and the Brit admits it is hard to see anything other than another piece of silverware for the German.

The 26-year-old had to show real grit to clinch his third title last term when he found himself 40 points adrift of Fernando Alonso at this stage.

Despite the former Toro Rosso man proving it is not impossible to bridge the gap after the mid-point, Coulthard believes he has too pace and experience to relinquish top spot.

The former world championship runner-up has been impressed by Vettel’s dominance this season and he explained that it is rare for someone to open up such an advantage in the first half of the term and then capitulate to throw it away after the summer break.

Coulthard said: “Historically, if you’re able to build a bit of a buffer in the first half of the season, even if somebody then comes forward in performance, normally you can hang in there and get the championship.

“Sebastian is unquestionably a remarkable driver when you look at the amount of starts, the amount of success, the qualifying and racing and what have you.

“Obviously I don’t know this, but I would be surprised if he doesn’t win his fourth championship. But of course with nine races to go, there are a lot of points at stake.”