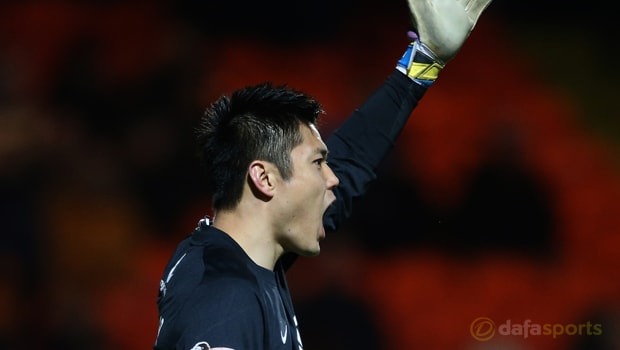 Veteran Japan goalkeeper Eiji Kawashima feels the 2018 World Cup squad has a perfect balance of youth and experience to make their mark in Russia.

Kawashima, 35, is one of a number in the current squad that will be appearing at the World Cup finals for the third time.

Japan have only made it out of the group stage once before on foreign soil, in South Africa in 2010 when they agonisingly lost to Paraguay on penalties after a scoreless 120 minutes.

Four years ago in Brazil they didn’t manage to come out of a tough group but Kawashima feels they are in a good position going to Russia.

“The current team have more experienced players than before,” he said.

“Several of us will play in our third World Cup. Meanwhile, there are a host of young players who have made fast progress.

“These youngsters boast greater confidence. So with a mix of experienced veterans and talented youth players, I am confident that we are capable of making history in Russia.”

Japan open their campaign by facing Colombia in Saransk on June 19 before going on to face Senegal and Poland in Group H. Their goalkeeper feels they are better equipped to face into what is an ‘open group’.

“I think this group is wide open and each team have chances of their own. Our group goals are simple – to concentrate on how to progress to the next round,” Kawashima added.

“We didn’t perform well in the last World Cup in Brazil so we are particularly motivated to do our job better this time.”