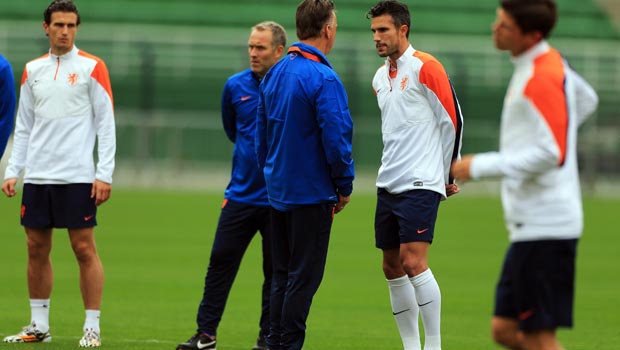 Captain Robin van Persie insists that the Netherlands are determined to prove they have erased any World Cup “mental block” as they prepare to take on Argentina in Wednesday’s semi-final.

The Oranje have reached the final of the showpiece tournament on three occasions in 1974, 1978 and 2010 but are yet to put their hands on the coveted trophy.

Van Persie, who has been struggling with a stomach bug and is a doubt for the match, believes this year is their chance to send out a message and show the world that they have what it takes to beat the best in the world.

Louis van Gaal’s side put down a marker in their opening group match with a 5-1 victory over defending champions Spain but have been forced to dig deep against other opponents.

The European nation had to come from behind late on against Mexico in the last-16, while it took a penalty shoot-out victory to find a way past Costa Rica in the quarter-finals.

Van Persie said: “It makes me incredibly proud to be here, at this stage of a World Cup, wearing the captain’s armband.

“We have come from behind three times to win and that says a lot about this squad. We played two very tough knockout matches and the important thing is we won both of them.

“Next is Argentina and we are ready for this one too.

“A lot of people think Netherlands still have to get over their mental block of not having won a World Cup, but I think we are determined to change that this time in Brazil.”

Holland who are priced at 4.80 to win the World Cup will take on Germany in Sunday’s final if they can manage to find a way past Argentina who are valued at 3.20 after Joachim Low’s men tore apart hosts Brazil in the first semi-final on Tuesday.