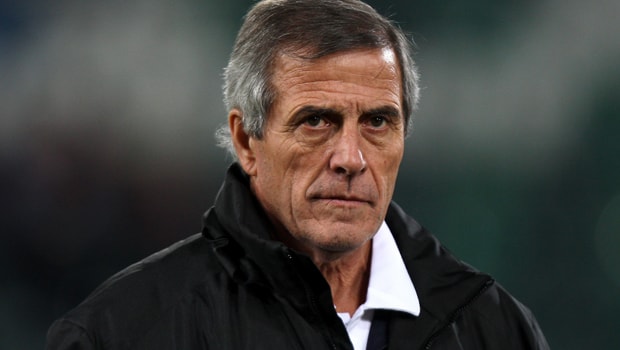 Uruguay coach Oscar Tabarez is keeping his cards close to his chest regarding whether Edinson Cavani will start his side’s World Cup quarter-final showdown with France on Friday.

However, the 31-year-old also developed a hamstring problem during that match, which led to him being replaced with 16 minutes remaining, and there has been doubts surrounding his fitness ever since.

Cavani did return to training on Thursday, but Tabarez refused to confirm whether the former Napoli forward will be fit to start or even feature against France and he revealed he is getting a little frustrated by the constant speculation.

“From the moment he got this injury, it made him very sad,” Tabarez told a news conference about Cavani.

“He’s a very important player for us and has been working very hard to recover. He’s concentrating on his hopes and dreams.

If Cavani does miss the match then it will be a huge blow for Uruguay, as the front man has netted 45 goals in 105 appearances for his country, while his partnership with Luis Suarez is one to be feared.

Uruguay are priced at 2.75 to book their place in the semi-finals at France’s expense, while Cavani is available at 2.88 to be an anytime scorer during the contest in Nizhny Novgorod.