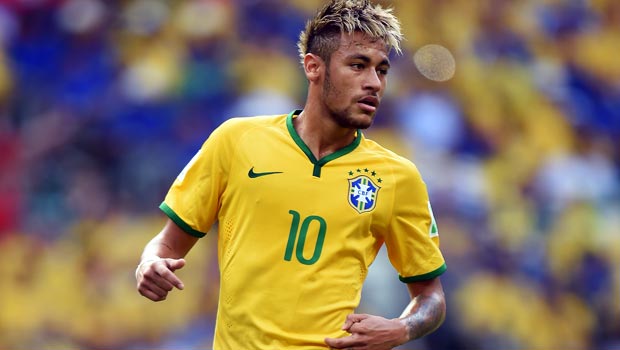 Brazil have been boosted by the news Neymar has declared himself fully fit and raring to go ahead of their quarter-final clash with Colombia on Friday.

The Barcelona forward was on the receiving end of some rough treatment during the second round clash with Chile and had to leave the field on more than one occasion to have treatment.

Neymar took knocks to his knee and thigh, sparking fears he may be doubtful for the clash against the impressive Colombians.

However Neymar has assured all Brazilians that he has been training well and will take his place in Luiz Felipe Scolari’s side tomorrow.

“I am able to play against Colombia,” he said.

“I have no pain. I feel very well trained and rest assured, I’m fine.”

Meanwhile, Neymar has played down suggestions the penalty shoot out win over Chile has had an emotional effect on the players.

Many of the squad broke down in tears after the win, forcing Scolari to summon the team’s psychologist to the training ground at the start of the week.

However Neymar insists there are no issues.

“The game against Chile was exciting for everyone,” he added.

“But the team does not have any emotional problem in the group.”

Brazil are 1.81 favourites to book their place in the semi-finals, where they would meet either France or Germany.

However Colombia have impressed so far in the tournament and are 4.48 to knock out the host nation, while a draw after 90 minutes is 3.40.