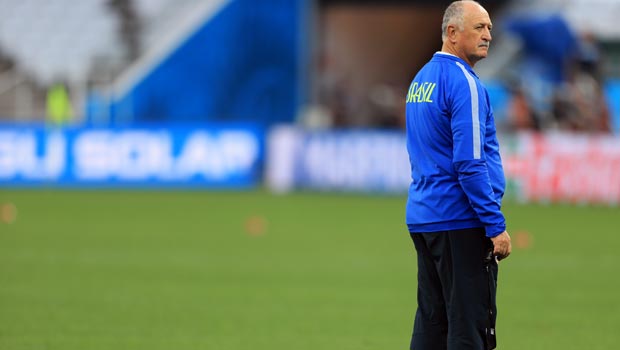 The 65-year-old’s second spell in charge of the Selecao has not ended as successfully as his first in 2002 when he led them to their fifth World Cup win.

Twelve years on Brazil reached the semi-finals for the first time since Japan and Korea 2002, however their 7-1 capitulation to eventual winners Germany at the last-four stage ensured global humiliation for the likes of David Luiz and Julio Cesar.

Scolari called the defeat to Joachim Low’s side the “worst day” of his life and things did not get any better last weekend when Brazil lost the third-place play-off to Netherlands 3-0.

The former Portugal boss was out of contract anyway following Brazil 2014 and the CBF has announced he will not be continuing at the helm.

“Luiz Felipe Scolari and his fellow coaching staff surrendered their positions to the board,” the CBF said in a statement.

“Scolari and his entire coaching staff deserve our respect and gratitude.

“They were responsible for returning to the Brazilian people your love for the national team, despite not having achieved our greatest goal.”

They qualified from their group at the World Cup thanks to wins over Croatia and Cameroon plus a draw with Mexico.

However, things started to unravel in the knockout stages when Brazil needed extra-time and penalties to beat Chile before edging past Colombia in the quarter-finals.

Then came one of the biggest World Cup shocks of all time when Germany raced into a 5-0 lead inside the first 30 minutes in Belo Horizonte before going on to seal a 7-1 victory.