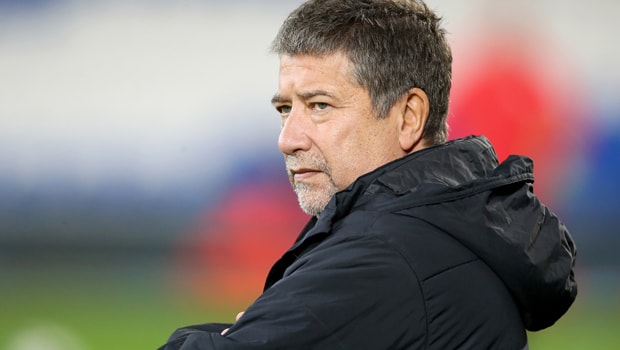 Hernan Dario Gomez insists Panama will continue to grow and learn following Monday’s 3-0 loss at the hands of Belgium.

The Central American outfit made their maiden World Cup appearance at the Fisht Olympic Stadium in Sochi, however, there was to be no fairytale ending.

Panama’s players looked full of emotion as they belted out the national anthem prior to kick off and that appeared to carry them through the opening 45 minutes.

Los Canaleros looked well organised as they frustrated Belgium and the first half ended without too much incident.

However, Belgium struck early after the restart through Dries Mertens before Romelu Lukaku went on to bag a brace.

Gomez felt his men performed with dignity and has challenged them to continue learning from the experience of top-level football.

“I think we have learned a lot from today’s game. It was a very emotional day.

The team was still very emotional at the start of the match but as time went by, they were able to focus better,” Gomez said.

“It was an incredible experience for our country and I think that our performance was not bad. You’re never happy when you lose but I told my players that they lost with dignity. We will keep growing and learning.”

Panama, who are priced at 1.29 to finish bottom of Group G, are in for another tough test on Sunday when they go up against Gareth Southgate’s England, who edged past Tunisia 2-1, before they take on the Eagles of Carthage in Saransk on June 28.