Toni Kroos hits back at critics 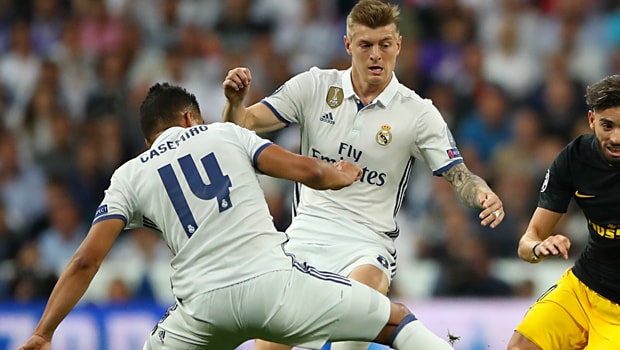 Toni Kroos has slammed the German media for their treatment of the national side after his stoppage-time winner against Sweden on Saturday night.

Germany suffered a disappointing 1-0 defeat to Mexico in their opening 2018 World Cup game and the defending champions were in danger of being eliminated heading into the clash against Sweden.

Ola Toivonen gave the Swedes a 1-0 lead at half-time before Borussia Dortmund’s Marco Reus, who was brought into the starting 11 in place of Arsenal’s Mesut Ozil, levelled the scores shortly after the break.

Die Mannschaft were reduced to 10 men when Bayern Munich centre-back Jerome Boateng received a second yellow card in the 82nd minute, leaving the Germans’ in a tricky situation with less than 10 minutes remaining.

In a sensational end to the contest, Real Madrid midfielder Kroos scored a 95th-minute winner to hand Joachim Low’s men a 2-1 victory, a result that leaves the country second in Group F.

The 28-year-old match winner has been very vocal in his assessment of the German media following the win on Saturday, with the midfielder criticising the press.

“Many people would have been happy if we had gone out,” Kroos said.

“Anyone who speaks up, those experts, and anyone who writes about it can feel they have addressed things, but it gives me the feeling that it’s more fun to analyse or talk or write badly of us.”

Germany, who are 8.50 to win the World Cup, take on South Korea in their final group game on Wednesday and the defending champions are firm 1.22 favourites to win, a draw is priced at 6.50 while the Taegeuk Warriors are massive 12.00 outsiders.