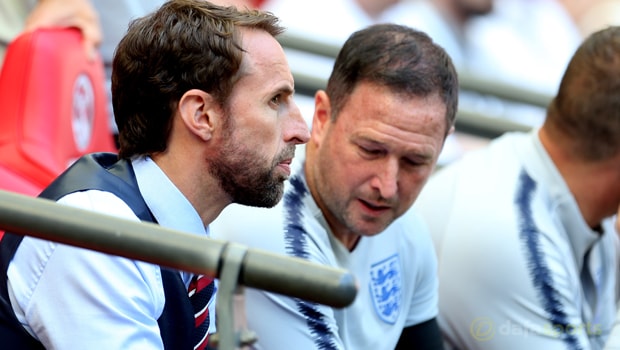 England manager Gareth Southgate has confirmed that Jordan Henderson and Eric Dier could be fighting it out for just one position during the World Cup campaign.

Both players have played huge roles under Southgate since he took charge of the Three Lions.

Henderson and Dier have captained the side in his 16 games in charge, with Dier starting 12 and the Liverpool skipper playing in nine.

However, Southgate has been using attacking midfielders in his team, with Jesse Lingard and Dele Alli starting in them roles in the last friendly against Nigeria on Saturday.

That could mean that only one anchor is needed in Russia and Southgate expects the duo to battle it out.

“I’d be amazed if the two of them aren’t important figures for us during the tournament, but there is clearly the possibility they might not both play in every match,” said Southgate.

“It is a key decision, but that’s management, isn’t it? You either select players, or you choose your system and pick the best people to fit into it. They’re the tough calls.

“But I think we will only want to play with one ‘pivot’. Henderson can play as a number eight, so that gives you an option, Dier can play as a centre-back…so they both have another way into the team. We’ll have to look at that.”

England have been drawn in Group G alongside Tunisia, Panama and Belgium and they are priced at 17.00 to win the tournament.