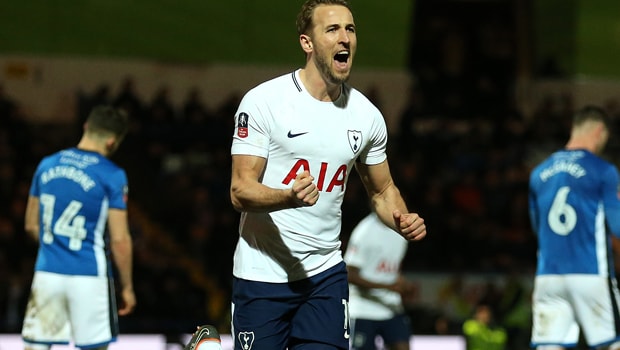 England forward Harry Kane does not want to be rested for the final Group G match against Belgium on Thursday.

The Three Lions have already secured their place in the knockout stages of the World Cup alongside Belgium, as they followed up their 2-1 victory over Tunisia in their opening match with a 6-1 hammering of Panama last time out.

Captain Kane has played an integral role in those victories, netting five goals, including a hat-trick against Panama, and he currently leads the way in the race to win the Golden Boot.

With no obvious benefit to finishing first or second in the group, England boss Gareth Southgate could be tempted to rest some of his key players for the Belgium clash.

Kane would likely fall into that bracket, but the Tottenham ace insists he does not want to be rested as he believes it is important for both himself and the team to maintain momentum.

“I want to continue, the form I’m in, but whatever decision the gaffer makes we’ll get behind,” he told reporters.

“That’s his decision, I guess, but obviously I want to play. The most important thing is always winning games, and if my goals help my team win then that’s the perfect situation.”

The 24-year-old believes it is too early to start thinking about winning the Godlen Boot, as he knows there are a number of world class forwards sitting just behind in the standings, including Portugal’s Cristiano Ronaldo and Romelu Lukaku of Belgium.

“There’s a long way to go and a lot of good players just behind me [on the list],” Kane added.

“Hopefully I can just continue and take it into Thursday’s game.”

Kane is priced at 2.63 to finish as the tournament’s top scorer and if he were to achieve that feat then he would become the first Englishman since Gary Lineker in 1986 to win the Golden Boot.