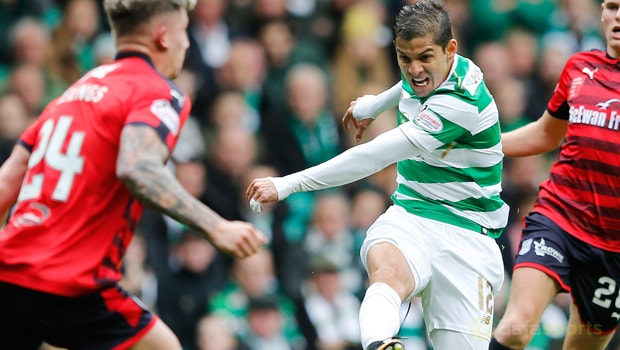 The full-back arrived on UK shores in 2014 when he was snapped up by West Brom after catching the eye for Los Ticos, who are priced at 5.00 to qualify from Group E at that year’s global showpiece.

He found it hard to settle at The Hawthorns and made just 11 Premier League appearances before leaving for Celtic in the summer of 2016.

Gamboa was restricted to just three outings for the Bhoys last term, as they went on to claim a second successive domestic treble.

However, he still managed to secure a place in Costa Rica’s 23-man squad for the World Cup in Russia, and has started in their recent friendly outings with Northern Ireland and England.

The 28-year-old believes his willingness to put in the hard yards in training with Celtic has ensured that he is in great shape for the showpiece event.

Gamboa said: “Every time I get a chance to play for Celtic, I feel I do well, so I know how important it is to always being prepared.

“I want to perform for the national team. It’s always a goal of mine to go to the World Cup which and it is such a big achievement to play in one.

“Right now, I just want to play, be fit and be ready for the national team and for Celtic when the season starts.

“If the team need me in a game, I always make sure I am ready. It was amazing to be part of another treble for Celtic.

It was a big achievement in the career of everyone at Celtic and I hope to have more achievements at the World Cup.”