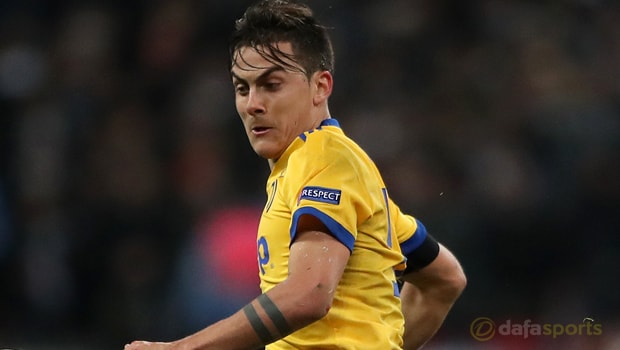 Argentina forward Paulo Dybala hopes his side can avoid France as they bid to enjoy a successful run at the World Cup.

Juventus ace Dybala will be competing at his first World Cup finals this summer and will form part of an exciting attacking line that also includes Lionel Messi, Sergio Aguero and Gonzalo Higuain.

Argentina have been drawn in Group D where will take on Iceland, Croatia and Nigeria.

Dybala is already looking beyond the first round and contemplating which teams La Albiceleste could face during the latter stages.

One potential opponent for Argentina in the round-of-16 is France but Dybala is hoping to avoid facing Les Bleus as he believes they have one of the most exciting squads around.

Speaking to TyC Sports, Dybala said: “They have a team with very important players and young players with a big future in their national team. It would be better to avoid them.”

However, Dybala did acknowledge that Argentina will inevitably have to face some of the big hitters if they are to go far and he has pointed out France, Brazil, Germany and Spain as the teams to beat in Russia.

“If you want to get to the final, a lot of the time you have to play against the best,” the 24-year-old added.

“Brazil, Germany, Spain or France are the teams that will be at the top and they have been showing that for several years now.”

Argentina will begin their World Cup campaign against Iceland on June 16.