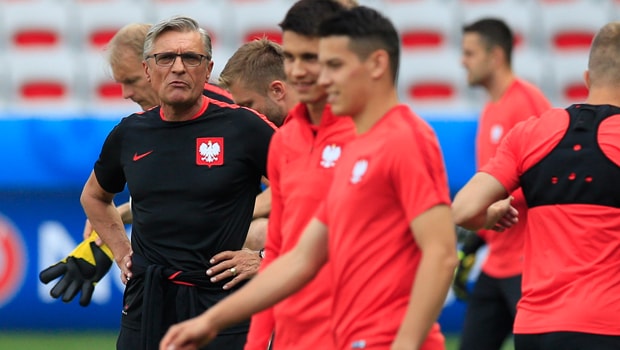 Poland are well prepared for their opening World Cup clash with Senegal on Tuesday and capable of making a winning start, according to manager Adam Nawalka.

It has been a long wait for the teams in Group H to get going at the showpiece event but their time in the spotlight is set to come on Tuesday.

Poland, who are priced at 2.75 to win Group H outright, easily qualified for the World Cup by winning their group ahead of Denmark, losing just once, and they are unbeaten in three games heading into their clash with Senegal.

They are certainly in contention to move beyond the group after being drawn with the likes of Senegal, Colombia and Japan.

However, it is crucial they make a positive start against Senegal in Moscow if they are to reach the last-16 for the first time since 1986.

Nawalka feels their preparations have all gone according to plan and is confident they can get off the mark with three points.

“All players are in a great form. I am sure that we have prepared well,” Nawalka said.

“Senegal is a team that is capable of attacking very fast, and they have very dangerous players… I believe that the team is well-balanced and well-prepared, and I’m sure the match is going to be very difficult tomorrow, but I believe that we will come out victorious.”

Nawalka’s men go up against Colombia in Kazan on Sunday before wrapping up their Group H commitments against Japan in Volgograd on June 28.